Discovering one’s personal style is a process that continues to change with time and age.  As we’ve blogged about, our styles have evolved since entering motherhood, and this progression has been deliberate, born out of necessity.  We think men undergo this same transformation, though it may not be as intentional, and it may not be the result of a change in age or life experience. Typically, its catalyst is the woman in the relationship.   Let’s face it: women run the closets in the house.  And both of us married men who made questionable fashion decisions before we entered their lives.  Michael swam in clothes that were four sizes too big for him, and Dave lived in one pair of sweatpants.  But once we took that STYle-tanic by the helm, things have been looking much better.  And when dressing a man or sprucing up his wardrobe, it can help to diagnose the kind of style that best fits him (or your vision of what best fits him).

We read a hilarious Esquire article, found here, describing the twelve styles of the American Man.  We thought we’d introduce you to the fabulous fathers in our lives in the way Esquire envisions them.

Meet Dave: The Rake (also known as the Ladies’ Man)

The wife weighs in: Spot. Freaking. On.

Dave’s look is always about style, fun, and ease.  But then again, that’s Dave.  Dave is and always has been the life of the party.  He is gregarious; he won’t let anyone walk into his space without a warm greeting, a dazzling smile, and a pre-set play list.  He cares about experiences; whether it’s a Saturday adventure with our son or a lake house vacay with our families, Dave does everything he can to make the moment a lasting memory for the people he’s around.   Though the after-after-after party has become pizza-and-a-bottle-of-wine-while-the-baby-sleeps, and the Las Vegas benders have become Napa wine tastings, Dave’s passion for people, fun, and family remain constant.  And so does the chest hair.

Meet Mike: The Sportsman (mixed with a bit of The Rocker)

The wife weighs in: one “style” cannot sum up this complex man, but this is pretty frickin close!

Mike’s style comes together from a mixture of the classic and the edgy with just a hint of the dark side. Think that sounds intense? It should…that’s my man. Intense. An intense partner, worker, and father. He doesn’t do anything half way–it’s either all or nothing. This is what makes him the moon around which my star orbits. Don’t be fooled by the earrings and tattoos–He is by far the most loyal, steadfast, passionate person I’ver known. And these are the same qualities that make him the most amazing father. 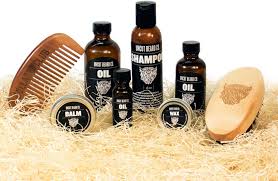 2 thoughts on “Meet the Diapers and Diamonds Dudes: A Father’s Day Tribute”